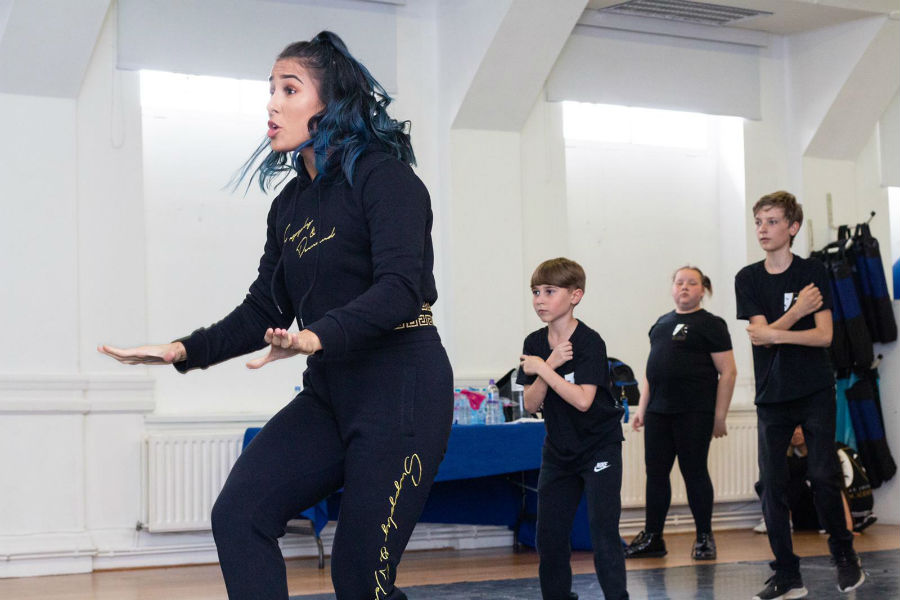 Info about me – Morgan Plom

I started street dancing from 12 years old and within 6 months was included in a street dance group who travelled and performed at live events/fashion shows.

In 2015 I started performing with Diversity and was the first and only girl chosen out of Danceworks Studio to partner Perri on the UK UCAP Tour.  This was a huge honour and achievement to be chosen and was an amazing experience which I will never forget.

Following this I then went on to dance in various performances to name a few ‘Tonight At The Palladium’ ‘Royal Variety’ ‘Steal The Show’ ‘The Full Monty Ladies Night’ and ‘Britain’s Got Talent’.  I also performed in ‘Genesis’ which was a UK Arena Tour and ‘Ignite’ which was a UK Circus Tour with Diversity.

During this time I received a Scholarship to train at Performers College at 17 where I trained in Ballet, Tap, Jazz, Contemporary, Musical Theatre, Acting and Singing.  I am so happy I made the decision to attend Performers as I feel that it has given me an all round base of technique.

After leaving Performers 2018 I went on to train at Millenium Dance Complex in Los Angeles in their Certificate Program and attended various classes in studios like ‘Playground’ ‘KreativMindz’ ‘TMilly’ ‘Evolution’ and ‘The Eleven Studios’.  The decision to go to LA was a huge step for me especially being 18 and never having travelled on my own but it turned into the best decision I have ever made.

Since going to LA and working with Diversity they have both had a big influence over my dance style.

I love to teach styles such as ‘Commercial, Jazz Funk, Hip Hop, Contemporary and Heels’. These cover the movements of ‘Waacking, Popping, Locking, and  Isolations’.

Currently I am filming as Assistant Choreographer/Teacher for a 2nd series of a TV program and after this I will be performing in 6 weeks of Butlins shows which I have done for the past two years.

Lastly I am so happy to say that I will be doing my 4th UK Tour with Diversity called ‘Born Ready’ towards the end of 2019.